Hey, this is Ox from Urban Survival Playing Cards and Dry Fire Training Cards and I just wanted to thank you for your order.  I've got a pretty small company and I really appreciate any time someone puts their trust in me like you did.  We work really hard to make sure that things go off without a hitch, but if you have any problems, please reply back to the confirmation email you'll be getting in a few minutes.

Urban Survival Cards have been a hit for a few years now.  They've been featured on major network TV and radio shows, and I know you're going to love them.

Whether you got them for yourself or for a loved one as a gift, there's something else I want to share with you quickly before you go.

It's something that undercover operatives, special operations personnel, and law enforcement all agree on…

If you find yourself in a fight for your life, this "Stealth" self-defense tool can stop a lethal force threat in half the time of a .45!

Even though it's compact, portable, and you can run it through a metal detector without earning a full body search

I have carried a gun and/or knives almost every day since shortly before Y2K.  During that time, I've been fortunate to learn a few things from training with professionals who have extensive experience with stopping bad guys.

As an example, I train with my concealed pistol and blades several times a week, and am very proficient…in fact I regularly shoot an 8” target at 21 feet in about a second with a subcompact from an in-waistband holster under a shirt.

But, that's just on paper.  When someone is right on top of me, it takes longer.

Sometimes I can only use 1 hand.  Other times, I’m off balance.  Regardless, when there's a live opponent involved, it's never as fast as paper…that’s just reality.

And the whole time I’m trying to get my gun into the fight, that leaves me with only 1 hand to try to stop their 2 hands—and if you’re fuzzy on the whole “good vs. bad” thing, that’s bad.

But what if I told you there was a defensive tool you could carry on an airplane, college campuses, courthouses, or other highly secure areas that would allow you to react and put a fight ending strike on an attacker in less than half a second?

And if it didn’t stop your attacker cold in his tracks, it would buy you the time you need to draw your pistol or get a better tool into the mix.

This self-defense tool is so easy and effective that it’s widely considered to be the perfect tool for both the tactical and non-tactical people in your life, regardless of age or fitness level.

I carry one every day and usually have 2 on me when I fly.  My 110 pound wife carries one, and my parents who are in their 80s carry them too.

It’s the Stealth Tactical Pen...and as you're about to see, there are a few significant differences between it and most tactical pens. 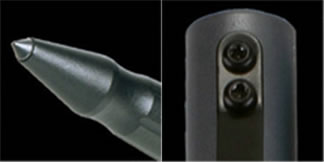 Why is it “stealth”

One of my biggest criteria for a tactical pen that I’m going to carry in secure areas is that the pen WORK like a weapon but not LOOK like a weapon.

It’s not only important for secure areas, but if it ends up as an exhibit in a justified use of force case, I don’t want it to be used against me.

That means it shouldn’t look intimidating, tactical, or have tactical wording or logos on it.

Look, I enjoy the “wow” factor of cool looking gear as much as the next guy…but I don’t want to end up behind bars or on a list because I thought I needed to carry a pen I could show off.

The fact is, if you’re in an area where you can’t carry weapons, you want to be the grey man and your tactical pen to blend in.

That tip you see on the Stealth Tactical Pen is a tungsten carbide tip designed to easily break glass.

Have you ever been in a car accident?

I have.  Stuff flew EVERYWHERE.

As a result, I’ve usually got a glass break tool in the door of my truck or center console, but who knows where it’ll end up in a bad wreck.

That’s why, ESPECIALLY in the winter or on long trips, you won’t catch me without my stealth tactical pen attached to the collar of my shirt…where I know I can find it in an emergency.

A Dirty Secret About Pens…

Ever use a pen on a tether at a bank, when signing a credit card receipt, or any other “public” pen?

They’re DISGUISTING disease vectors that never get cleaned…in fact, your best hope during flu season is that they get stolen and replaced frequently.  Otherwise it's like you're shaking hands with the last 50 random people who used the pen.

But let's look at the positive side...

The more often you use your stealth tactical pen to protect yourself from nasty illnesses, the more smooth and fluid you'll be if you need to grab it to defend yourself from an attacker.

Do you REALLY want to keep the skin on your thumb?

Some go so far as to call them “DNA Collection Tools.”

Think about that for a second.

If you’re striking with the tip and holding your thumb on the cap of the pen so it doesn’t slip in your hand, the DNA you’re going to be collecting will be from YOUR thumb.

That’s why I like a nice, flat, smooth cap on a tactical pen.

It saves my thumb when striking, doesn’t draw unwanted attention when it’s sticking out of my pocket or shirt collar, and doesn't wear a hole in my pants when I carry it there.

It sounds funny to say that, but it will actually work as a pen and uses standard Parker refills that you can get at any big box store.  (Some tactical pens use specialized or expensive refills that are a pain to find.)

Today, you can claim your Stealth Tactical Pen for just $29.95.

Plus if you’re one of the next 30 people to order, I’ll pick up the shipping and handling!

Just like everything else I sell, this is backed by our 100% risk free guarantee.

If you’re not satisfied for any reason, just contact my support staff (Rebekah & Jourdan) any time in the next 60 days and we’ll refund your money.

It sucks when gear breaks…especially gear that is intended for hard use.

That’s why I warranty these pens.

If it ever breaks, send it back and I’ll replace the pen (just cover ordinary shipping and handling).

To be clear, the warranty is on the pen…not on the ink.  It’s a great deal, but I’ve got to draw the line somewhere.

If you have a justified use of force incident using your Stealth Tactical Pen, send in a copy of the police report (or incident report if you were on duty) and we’ll send you out 10 free pens to give to those you care about most.

What about stopping threats in half the time as a .45?

How fast can you draw from concealment and get a shot off when someone’s tugging on your support hand?

Let’s say you're smoke'n fast and you can clear cover one-handed, draw, and make a gut shot in a second and a half.

With practice, you can “draw” your tactical pen from your breast pocket, collar, or pants pocket and still deliver your first strike in less than a second.

At that point, you can run, deliver additional strikes if necessary, or transition to a more effective weapon like a knife or gun.

A tactical pen can immediately tip the scales in your favor in a violent encounter…but only if you actually know how to use it.  I'm going to help you take care of that too.

That’s why I went to a buddy of mine who’s a former US Army Special Forces weapons sergeant and MMA fighter to create the Special Forces TacPen Fighting Guide.  (You'll get instant access in just a minute) 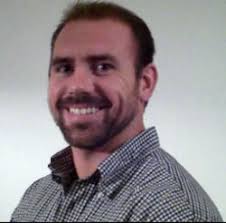 His name is Andy Curtiss, but his looks and ferociousness downrange gained him the name “Rabid Wolverine.”

Most Special Forces are experts in hand to hand combat and improvised weapons.

Andy taught a lot of them.

He’s the guy who 3rd Special Forces Group went to when they needed to revamp their empty hands combatives program.

Andy has taught and used tactical pen, kubotan, screwdriver, and other improvised weapon fighting techniques for more than a decade and this guide represents the best of the best in how to use a tactical pen to stop violent attacks.

Some of what you’ll learn…

What I tell people who already have a tactical pen is that this guide will help unlock the true potential of their tactical pen.

If you already own a tactical pen, you NEED this guide.  (Besides...I don't know anyone who owns a tactical pen who thinks that one is enough.)

All of the movements in the guide are simple and based on things you do every day.

And they’ll help you with targeting, using the pen to focus your strike for maximum effect with minimal effort, and the best ways to get the penetration you need to stop a violent attack quickly.

That means you won’t need to learn complicated techniques to be effective in a high stress situation…even if it happens next week.

Which is why I’m giving you instant access to The Special Forces TacPen Fighting Guide for free with your Stealth Tactical Pen!

I only get 1 box of these pens every month or two.

And when I get them, they go FAST!

It’s not really a surprise…they cost a fraction of what many tactical pens cost, they’re warrantied for life, satisfaction is guaranteed for 60 days, and the tactical pen guide is worth more on it’s own than what you’ll pay for the entire package!

So, click on the yellow “Add To Cart” button below and we'll include 1 (or more, if you want) with your Survival Cards!

No thank you.  I don't want the Stealth Tactical Pen & TacPen Training